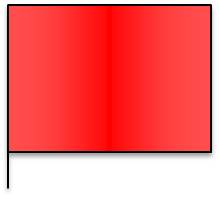 Red flag means a race suspension. This flag is waved when the race director determines that the race must be suspended for safety reasons. The display of the red flag is performed by waving.

More specifically, when the weather is suddenly changed such as heavy rain, or when the car stops on the course, it is judged that it is difficult to continue the race. 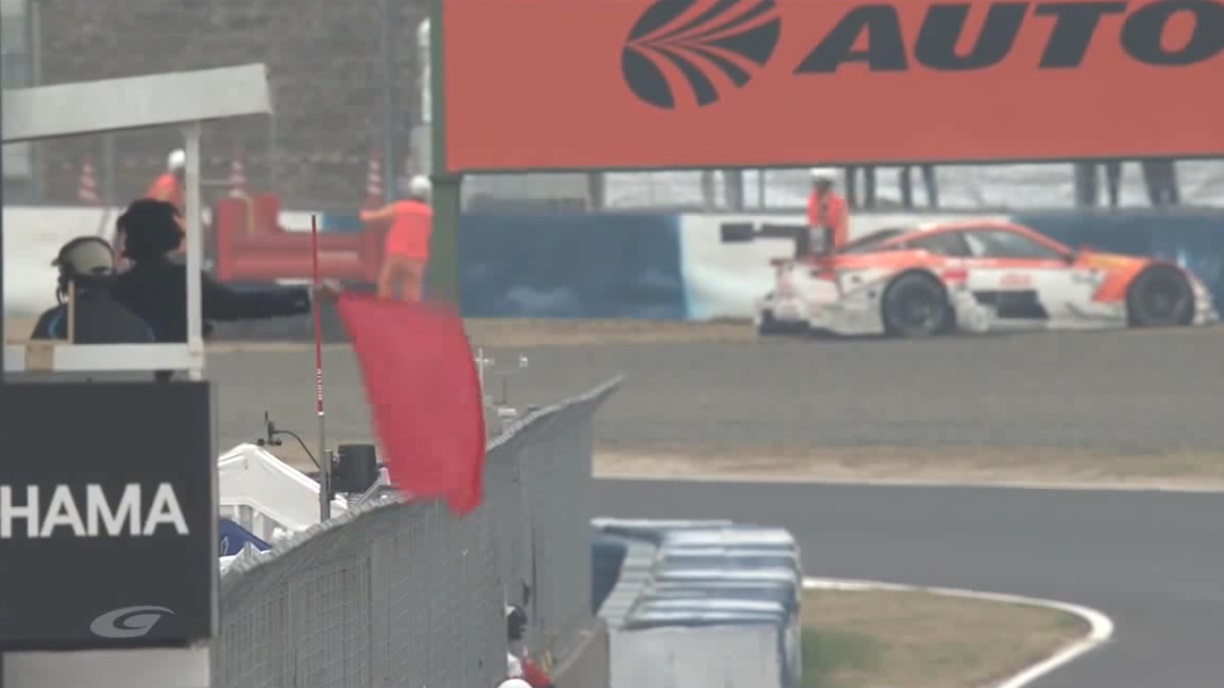 This flag should be waved at the start line when it has been decided to stop a practice session or the race. Simultaneously, each marshal post around the circuit should also wave a red flag.

When the signal to stop is given:
1) during practice, all cars shall immediately reduce speed and proceed slowly back to their respective pits;

2) during a race, all cars shall immediately reduce speed and proceed slowly to the red flag line ( (*) see the note at the end of point b));

3) overtaking is forbidden and drivers should remember that race and service vehicles may be on the track, the circuit may be totally blocked because of an accident and weather conditions may have made the circuit undriveable at racing speed;

4) if the race is stopped, drivers should remember that speeding is pointless because:

– the classification of the race or the order of the re-starting grid will be established from a point prior to the red flag being shown and according to the regulations of the competition;
– the pit lane exit will be closed.

All cars shall stop in order before the red flag line (*) until informed whether the race is to be resumed or ended and given the appropriate directions by marshals according to the regulations of the competition.

The red flag may also be used by the Clerk of the Course or his nominee to close the circuit (see Article 2.1.4).

(*) : Red flag line: a continuous, 20 cm wide line should be marked with non-skid paint, crossing the track from side to side, at right angles to the track centreline, at the point behind which all cars must stop if a race is stopped or suspended, where they can be conveniently attended to and formed into a starting grid from which the safety car will lead them off if the race is resumed.

This should be shown waved only on instruction from the Clerk of the Course when it becomes necessary to stop a practice session or the race in conformity with Article 2.5.4.1 b) above.

When the red flag is waved

When the race director determines that it is necessary to suspend the session, red flag is waved at all observation posts. Red flags could not be waved based on the judgment of each observation post. 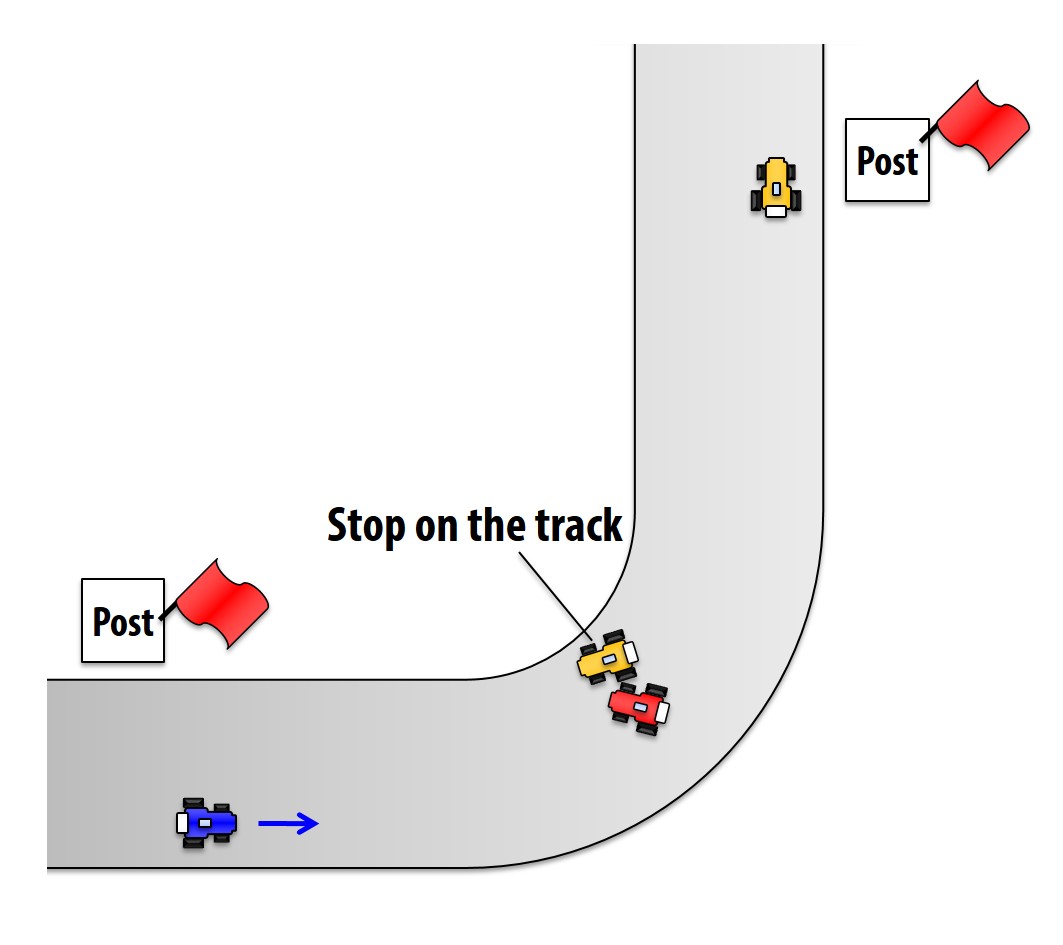 Sudden changes in weather such as heavy rain

If it is determined that the drivers cannot drive the car safely due to heavy rain, the session is suspended by red flag.

Driver cannot get off the car by himself

If the driver cannot get off the car by himself due to an accident such as injury to the driver, or if the driver is unaware and rescue work is required, the session is suspended by red flag. Rescue of the driver is given priority over continuing the race.

When a fire occurs

Removing stopped cars can be dangerous

Even if a car stopped on the course and a safety car deployed, it is suspended by red flag if it is judged that there is a danger for the course marshals to remove the stopped car. 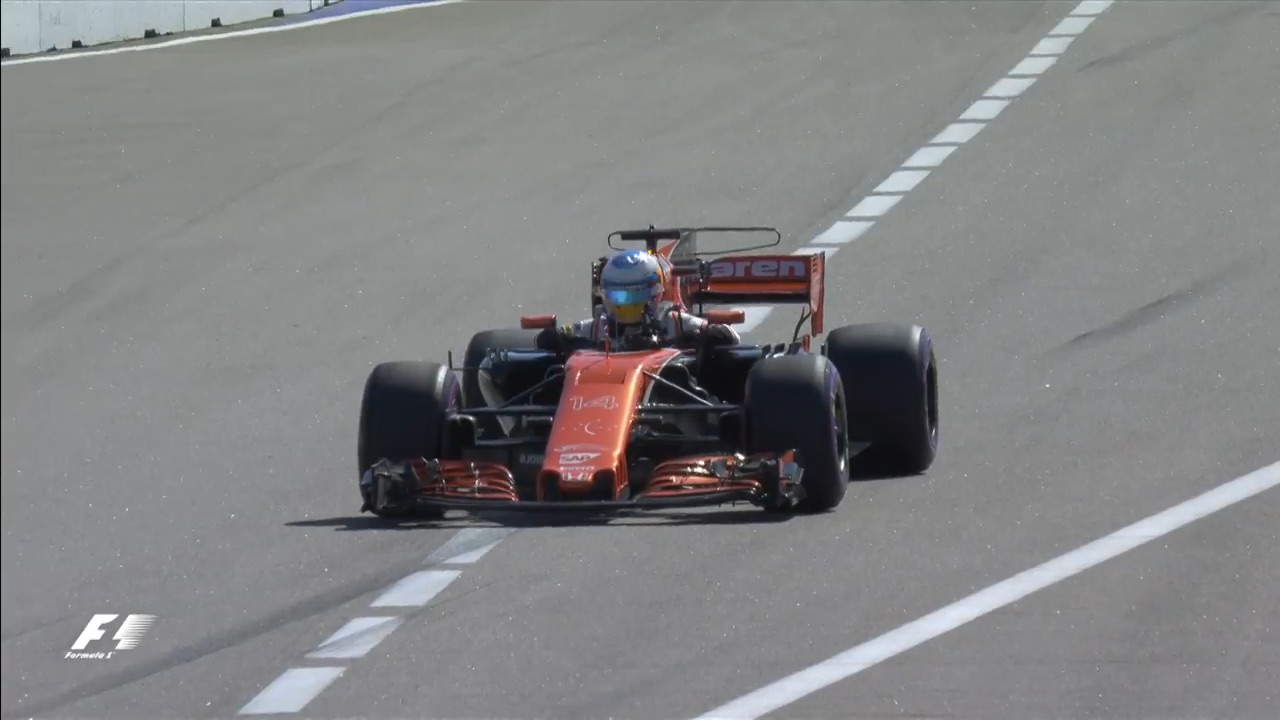 If multiple cars stop on the course and block the course, it is suspended by red flag. 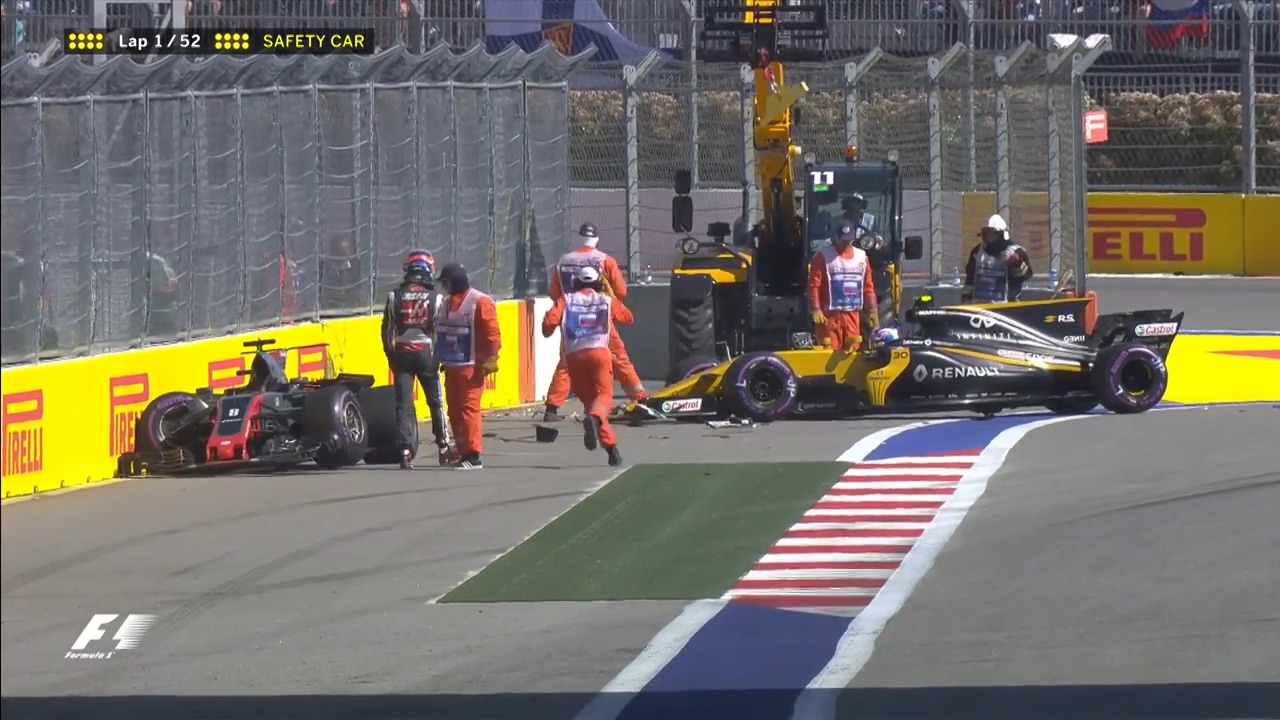 If an accident causes damage to safety equipment such as guardrails or tire barriers, it is determined that it is difficult to continue the race safely, and red flag is waved.

If the guardrail is damaged, it may be suspended to repair it for a long time. 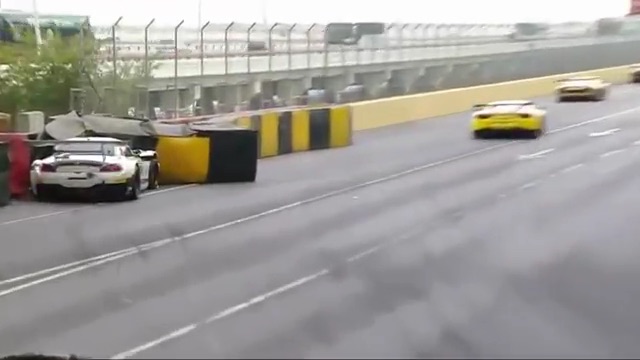 Poor visibility due to dense fog

It is judged that the race cannot be continued safely not only in heavy rain but also in heavy fog, and a red flag is waved.

The ability to visually check adjacent observation posts is a measure of red flag.

Even if it is good weather at the circuit, in case it is determined that the destination hospital cannot be reached due to bad weather, the competition cannot be continued. Also, if the doctor helicopter cannot fly and cannot reach the circuit, the race cannot be started.

In case red flag is waved

When red flag is waved, overtaking is prohibited throughout the course. Also, if it is judged that the driver is not slowing down, it may be penalized.

When red flag is waved, overtaking is prohibited throughout the course. 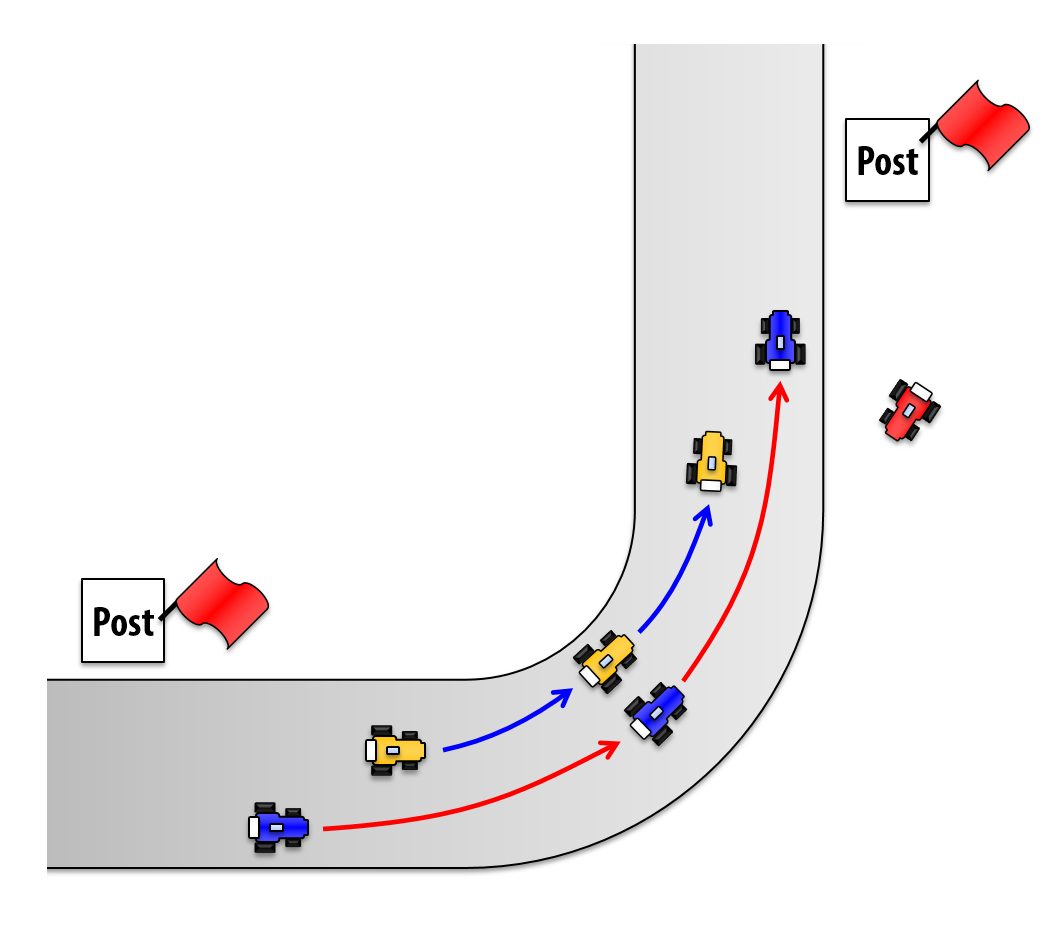 Operation during the free practice and qualifying session

All cars must pit in.

In free practice and qualifying session, all cars must enter the pit when red flag is waved.

Also, when red flag is waved, the signal at the exit of the pit road turns red, and the car that was in the pit can no longer enter the course. Of course, if it enters the course while the signal lights on red, it may be imposed penalty.

When the red flag is waved, the pit road exit signal turns red and all car cannot pit out. 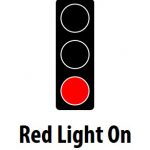 Operation during the race

All cars must be aligned behind the red flag line.

If the red flag is waved during the race, all cars must line up behind the red flag line. After all cars have lined up, the race is suspended until the danger on the course has been eliminated. 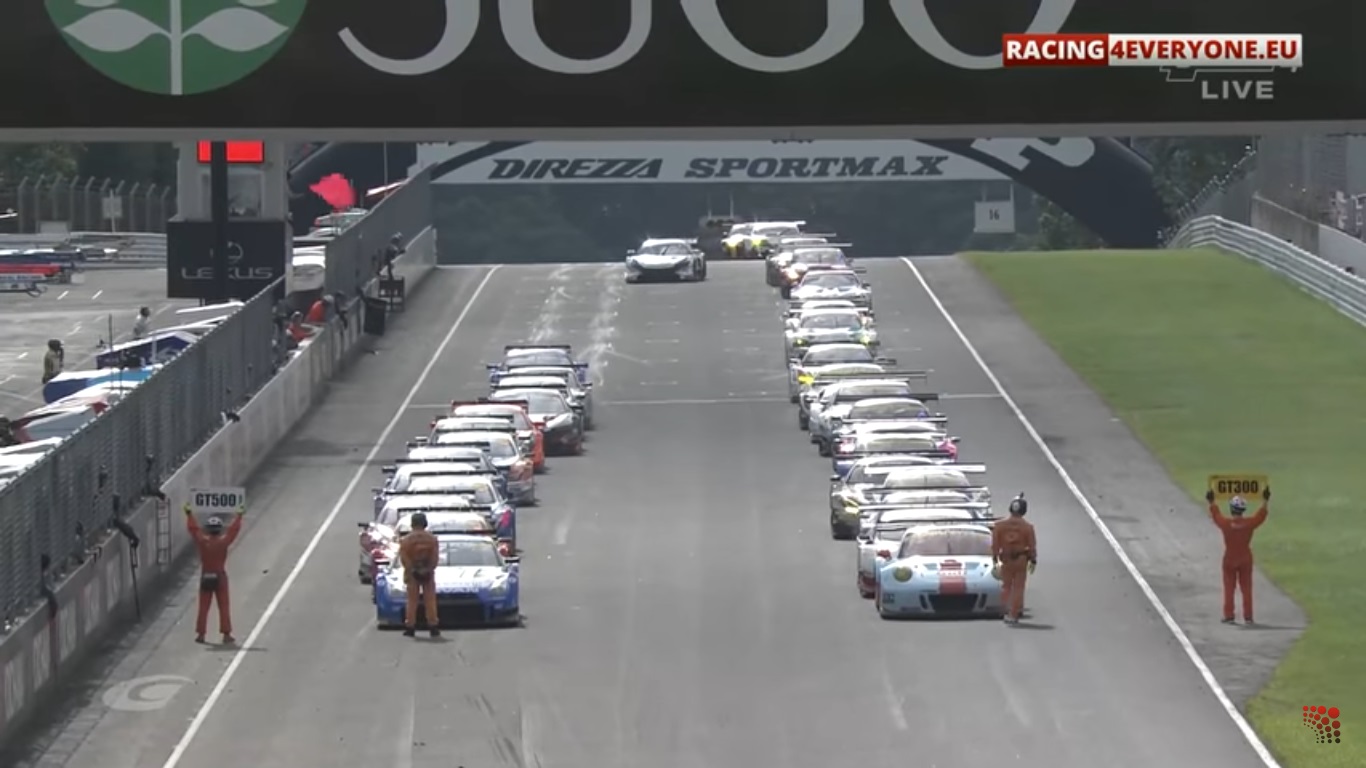 Once the danger on the course has been removed, race control determines the time to resume the race. The procedure for restarting is determined by supplementary regulations.

The location of red flag line 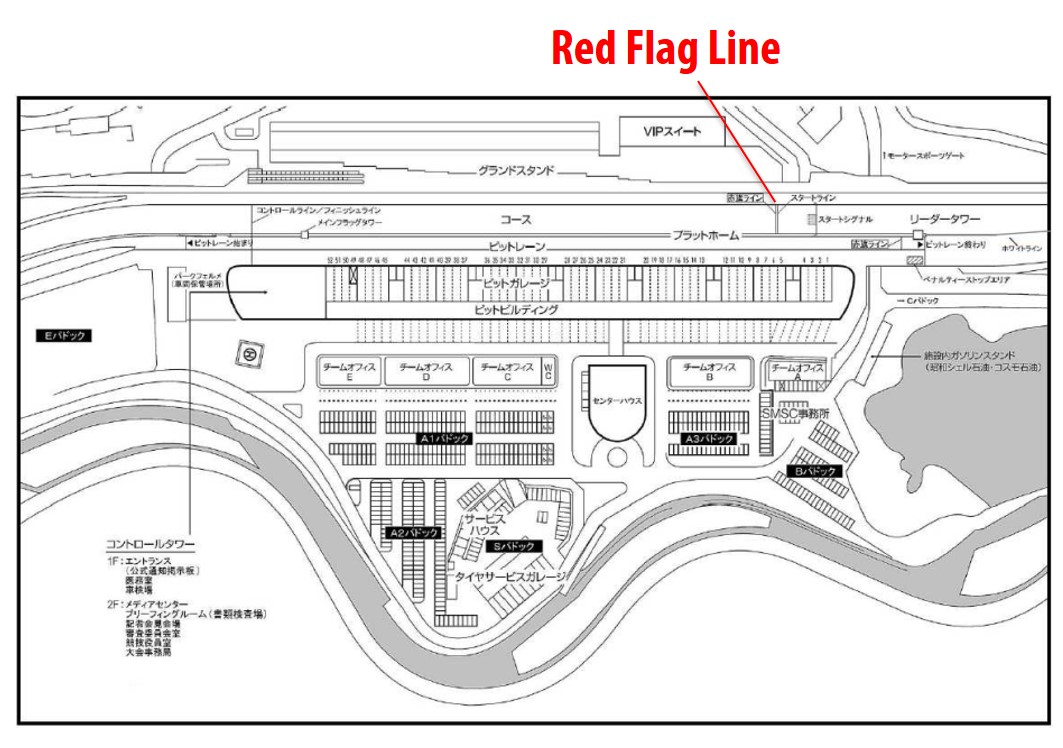 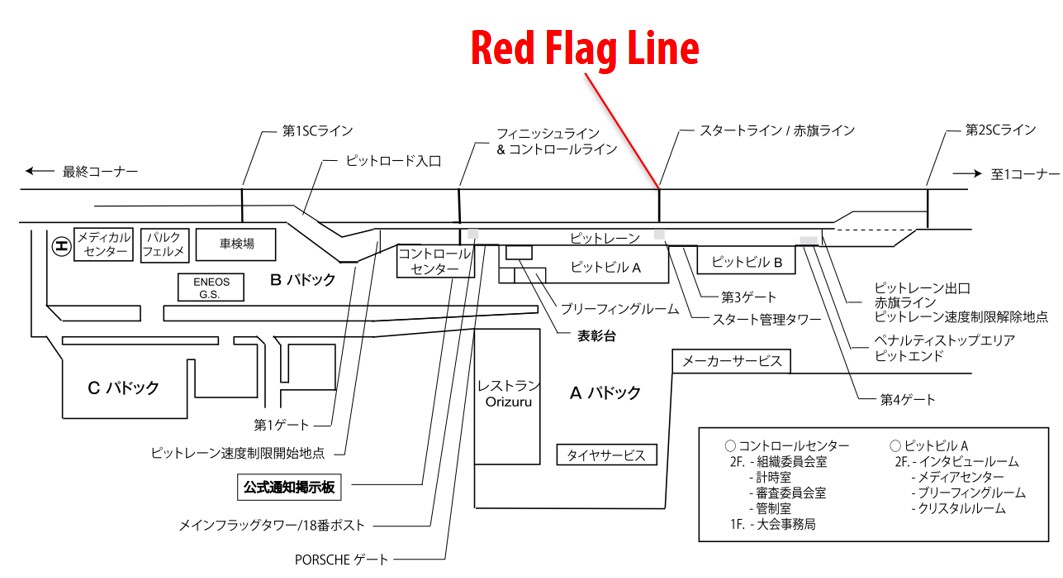 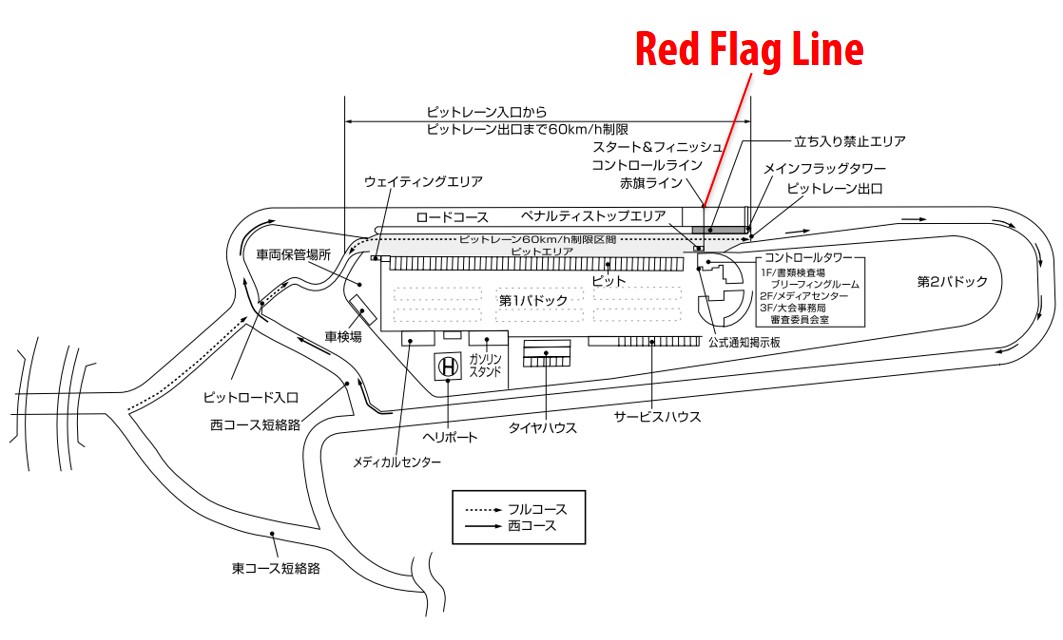 The procedure for resuming the race is specified in the supplementary regulations for each series and circuit. Like at the start of the race, it counts down with the board display, such as 5 minutes, 3 minutes, 1 minute, etc.

After the suspention due to the red flag, the race is restarted by the safety car. The restart procedure is the same as when removing the safety car. 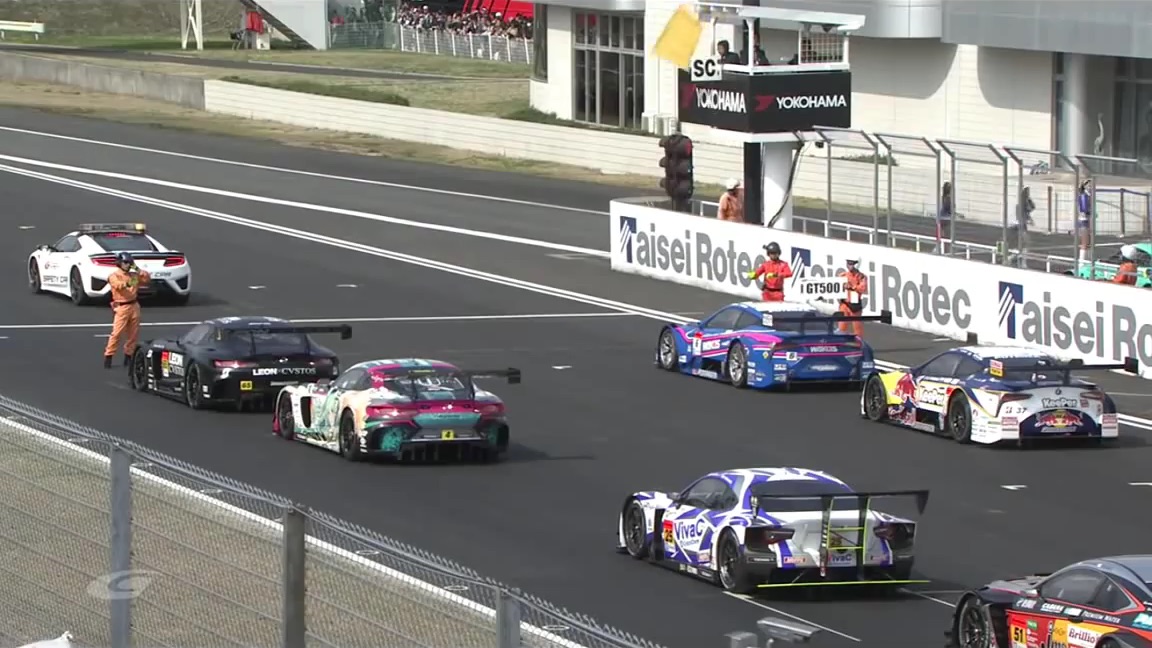 The formation of the race

If the race is finished with the red flag, the position is not the same as when the race was suspended.

At the 2016 FIA GT World Cup held at the Macau Guia Circuit, a big crash that rolled over at the end of the race occurred. Therefore, red flag was waved soon. As a result of the deliberations, the race ended without being restarted. According to the regulations, the race result was the control line passing order two laps before the red flag was waved, and Laurens Vanthoor was the winner. However, Vanthoor was a controversial driver who was the driver of the crash that caused the red flag. 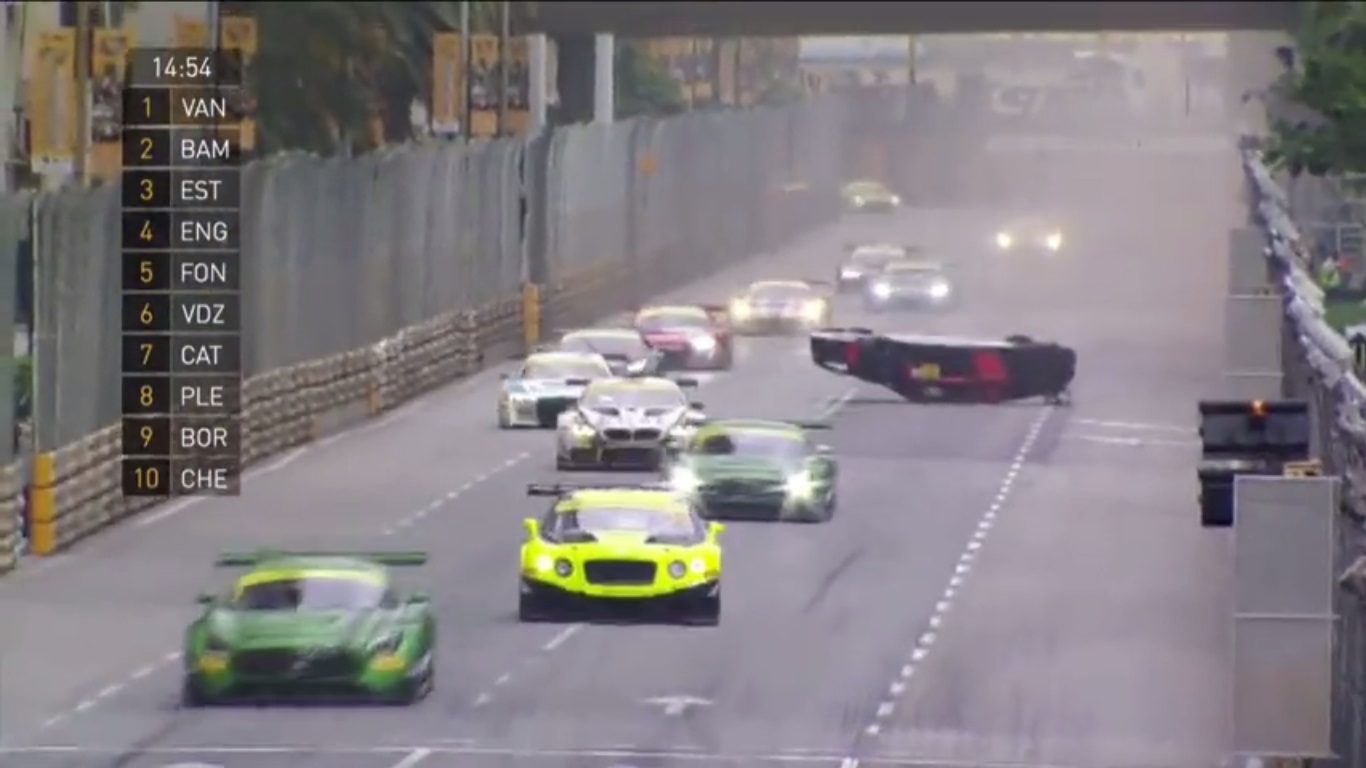