Yellow flag with red stripes means that there is oil on the course and the surface of track is slippery.

This flag is commonly referred to as the “oil flag”, but by regulations it is called the “yellow flag with red stripes “.

Oil flag is different from other flags, and this flag displays statically (not wave).

This should be shown motionless to inform drivers that there is a deterioration of grip due to oil or water on the track in the area beyond the flag.

This flag should be displayed, for at least (depending on the circumstances) 4 laps unless the surface returns to normal beforehand. It is not, however, necessary for the sector beyond where this flag is being shown to show a green flag.

Oil is leaking on the course

In case oil leaks on the course, the track surface becomes very slippery. Therefore, oil flag is displayed at the previous observation post of the site.

In the case of mission oil, brake fluid, coolant, gasoline, etc., it is not slippery even if it leaks on the course. After it is confirmed that it does not slip, oil flag will be removed.

Oil flag is displayed at previous observation post where oil is leaking on the course. 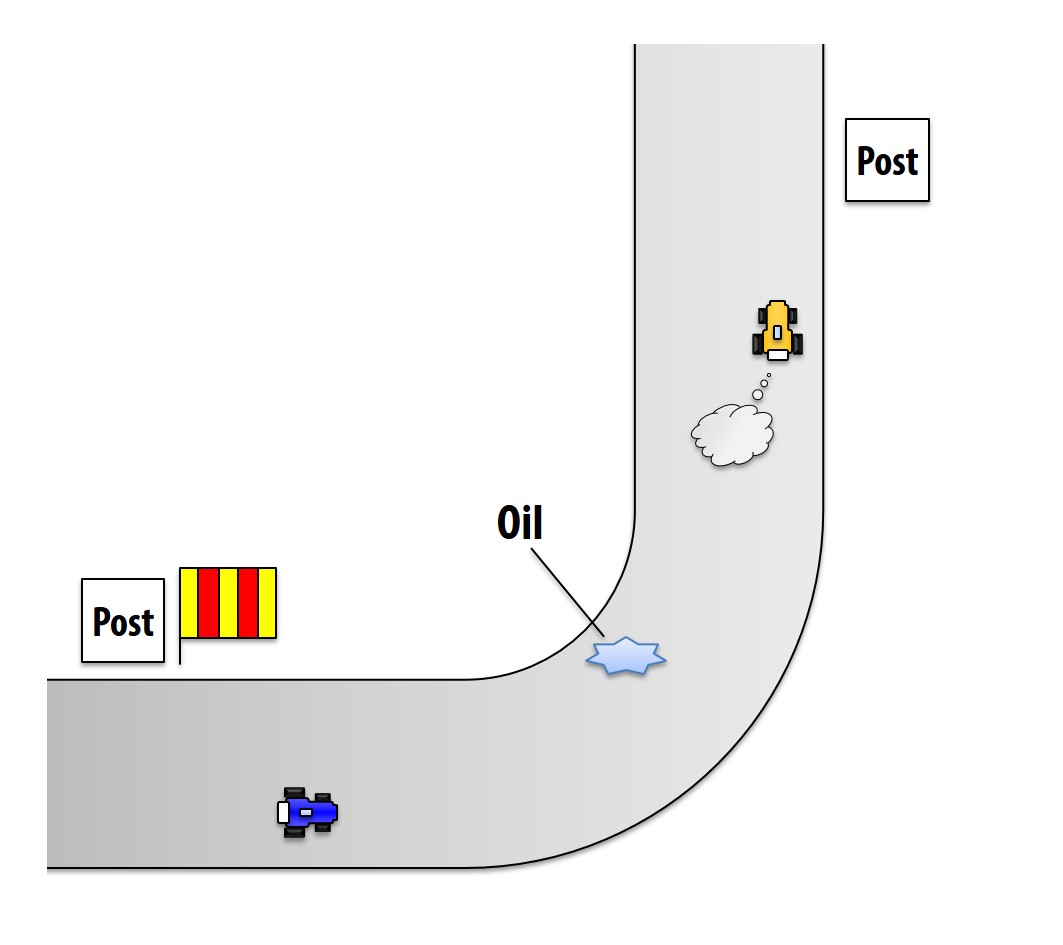 The track surface is slippery due to rain

In case the course becomes slippery due to rain, oil flag will be displayed. It will not be displayed if it has been raining from the beginning. 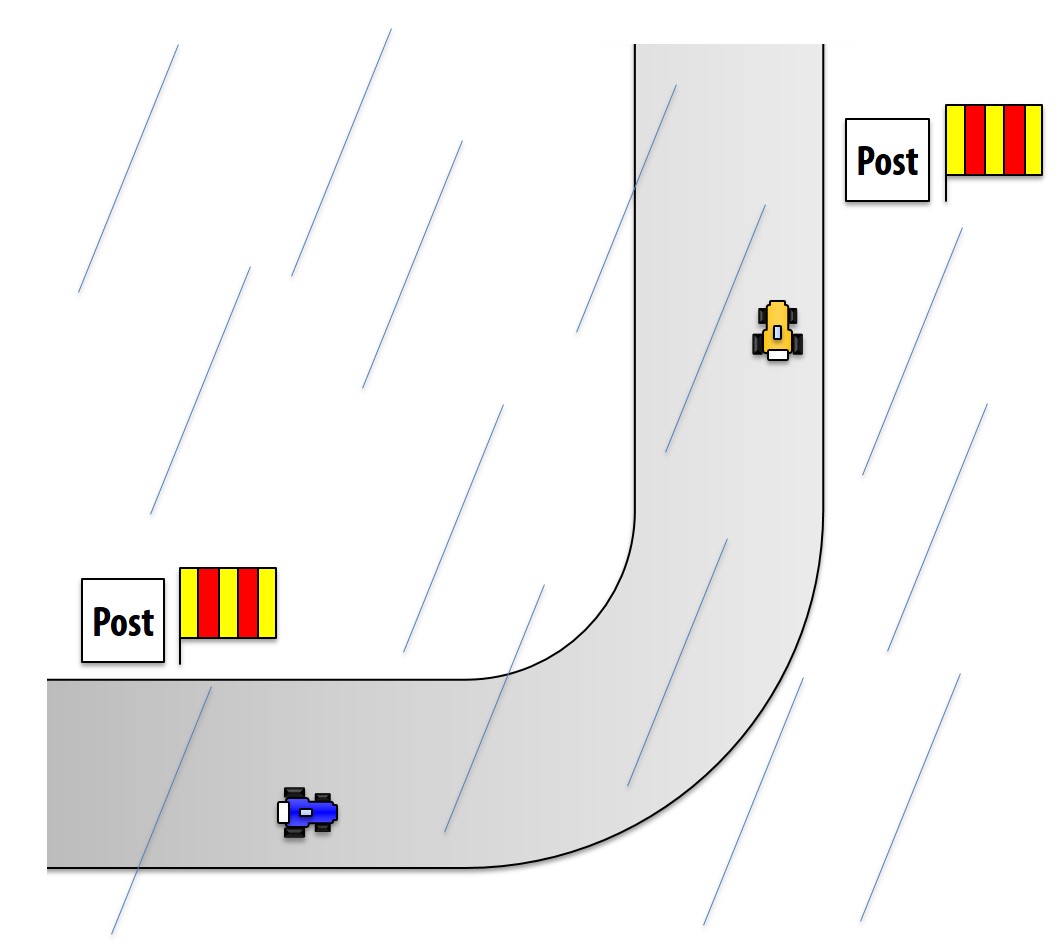 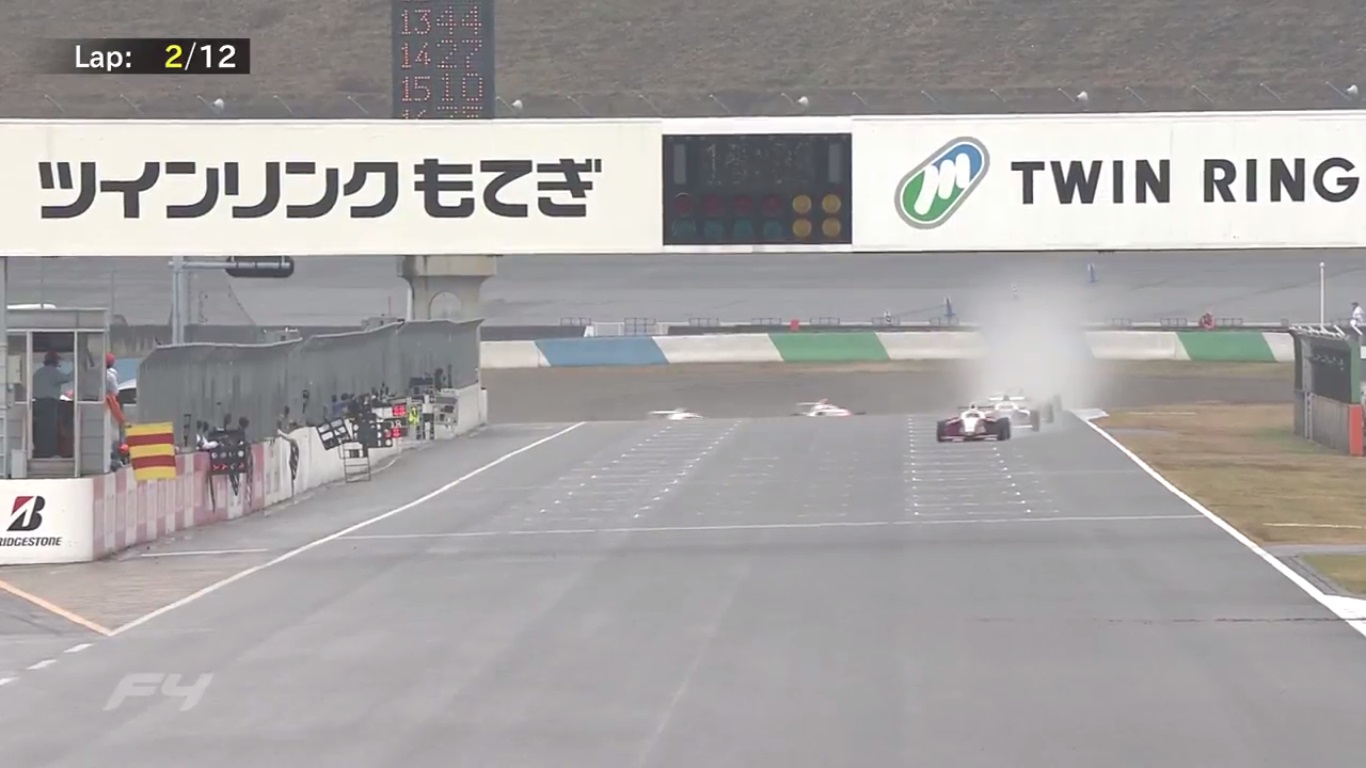 There is a falling object on the course

If there is a falling object on the course, oil flag will be displayed.

In case the location of the fallen object if off the racing line or it is judged that it will not affect driving, oil flag does not be waved.

Gravel scattered on the course

Oil flag will also be displayed in case an overrunning car throws gravel on the course.

Oil flag may be waved in SUPER GT

In SUPER GT, there is a special operation to display the waving of the oil flag when it is judged that the track surface is very slippery due to the influence of oil. It is said to have been adopted following the accident of Mr. OSAMU in Super Taikyu in 2012. 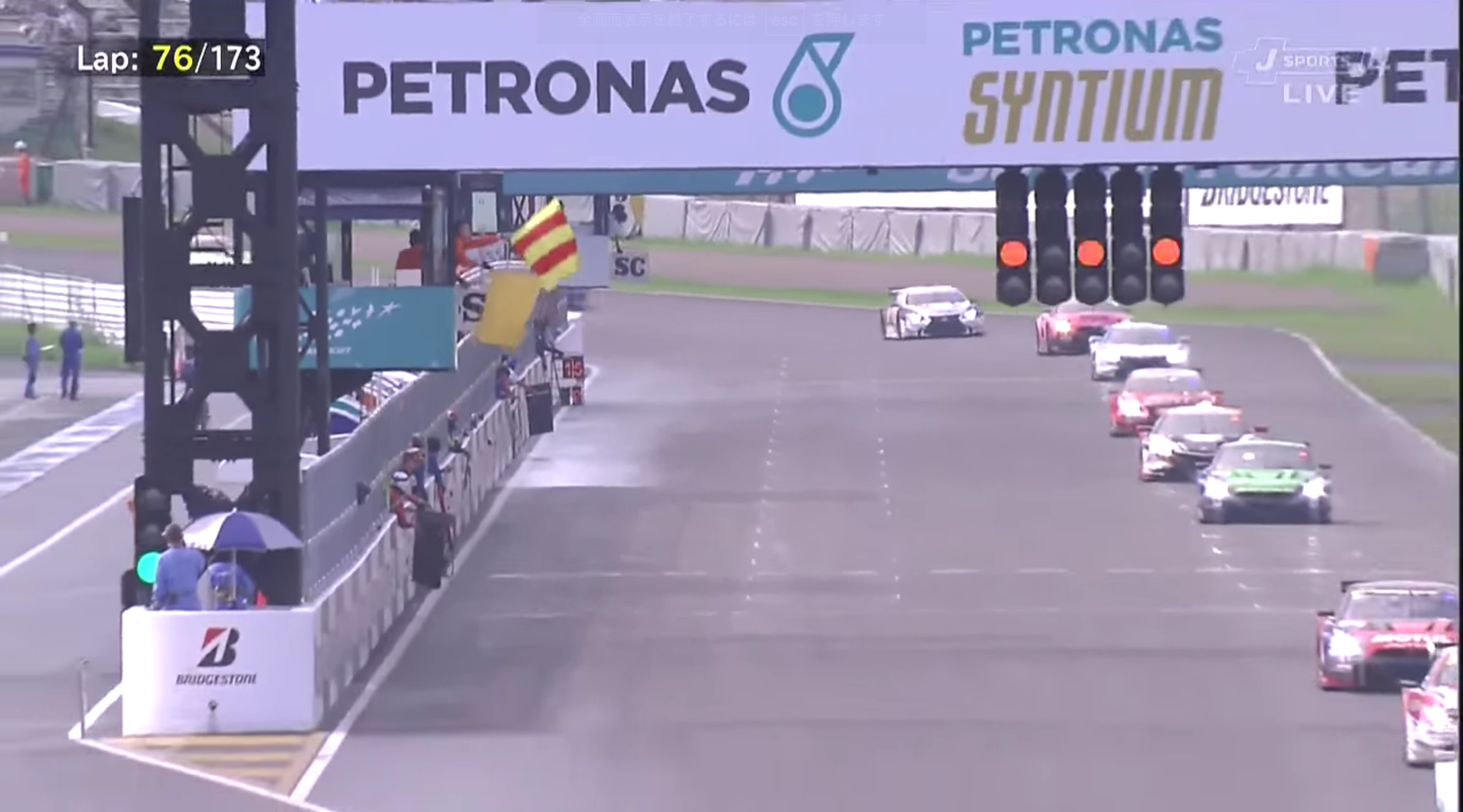